Panel: The History of Botanical Medicines in the US

History of Botanical Medicines in the U.S.: Medical cannabis is not the only herbal medicine that has been under attack in the US. Botanical medicines have also been deemed illegal at periods of time, targeted by conventional medicine, battled with federal agencies and struggled for their place in health and wellness in the US. Scholars and experts will share the story of these products and the movement that keeps them legal.

Lyle E. Craker is a Professor in the Department of Plant, Soil and Insect Sciences at the University of Massachusetts Amherst.[1] Since 2005, Craker has been trying to obtain a permit from the United States Drug Enforcement Administration (DEA) to grow marijuana for research purposes.

Lewis A. Grossman joined the faculty of the Washington College of Law in 1997. He became Professor of Law in 2003 and served as Associate Dean for Scholarship from 2008 to 2011. He teaches, writes, and speaks in the areas of food and drug law, health law, American legal history, and civil procedure.

Prior to joining the faculty of WCL, Professor Grossman was an associate at Covington & Burling LLP. Prior to that, he was clerk for Chief Judge Abner Mikva, U.S. Court of Appeals, D.C. Circuit. Professor Grossman is coauthor (with Peter Barton Hutt and Richard A. Merrill) of Food and Drug Law: Cases and Materials 4th ed. (Foundation Press 2014). He is at work on a book tentatively titled You Can Choose Your Medicine: Freedom of Therapeutic Choice in American Law and History. His scholarship has appeared in journals such as Yale Journal of Health Policy, Law & Ethics; Cornell Law Review; and Law and History Review.

Jane Wilson is the director of program development for the American Herbal Products Association (AHPA), where her duties include working with the AHPA management team to develop, implement, and manage AHPA programs and services, and performing outreach activities in support of the AHPA membership and other herbal products industry organizational collaborators. She brings many years of experience developing collaborative relationships with representatives of industry, trade associations, public health officials, regulatory bodies, advocacy groups, and other stakeholders to this role.

Jane has spent more than 20 years in various positions related to protection of public health and the environment. Most recently, Jane served as a the director of standards for NSF International, a global private-sector, public health organization involved in the development of consensus product standards, independent conformity assessment programs, independent auditing and testing, and education and training services for the food, water, health sciences, and sustainability sectors. In her NSF role, Jane oversaw all of NSF’s standards development and maintenance activities, including NSF/ANSI 173 Dietary Supplements, NSF/ANSI 305 Personal Care Products Containing Organic Ingredients, and NSF 341 Good Manufacturing Practices for Pharmaceutical Excipients.

Much of Jane’s recent standards work was focused on development of tools to assess the environmentally sustainable characteristics of consumer and business to business products. She established the NSF National Center for Sustainability Standards and grew a portfolio of 11 standards, protocols, and product category rules to assist manufacturers in the communication of the sustainable attributes of their products.

She served as the administrator of the U.S. Technical Advisory Group (US TAG) for ISO Technical Committee 249 Traditional Chinese Medicine (provisional). Jane worked closely with the US TAG chair, AHPA President Michael McGuffin, to coordinate the U.S. input into the development of international standards related to the raw materials, finished products, medical devices, and informatics systems that underpin Traditional Chinese Medicine systems. She participated in the first three international meetings of ISO TC 249 as part of the U.S. delegation.

In addition to her work at NSF International, Jane also has experience working in the pharmaceutical and clinical health care fields.

Jane has served on the American National Standards Institute (ANSI) Executive Standards Council, the Advisory Board of the Michigan State University, Center for the Study of Standards in Society, and the Consensus Standards Development Executive Committee of The NELAC Institute. She holds a Master of Public Health degree in Toxicology and a Bachelor of Science degree in Medical Technology, both earned at the University of Michigan. 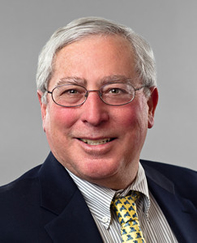 Mr. Young has practiced law since 1974.  He joined Kleinfeld, Kaplan and Becker as a partner in 2003.  Previously, he was a partner with Wald, Harkrader & Ross, and then Piper Rudnick, LLP, all in Washington, DC.  He has counseled and represented domestic and foreign manufacturers and distributors with respect to compliance and defense of matters under the statutes enforced by the Food and Drug Administration, the Consumer Product Safety Commission, the Federal Trade Commission, the Drug Enforcement Administration and the Environmental Protection Agency for forty years.

Mr. Young has extensive expertise in all matters relating to the administration of the Federal Food, Drug, and Cosmetic Act and related laws.  He represents food. drug and dietary supplement product and ingredient manufacturers, developers and distributors.  Mr. Young has represented various trade associations before the Food and Drug Administration and he currently serves as General Counsel to the American Herbal Products Association (AHPA).

Mr. Young also represents companies in proceedings before the Federal Trade Commission with respect to advertising substantiation and compliance with the Federal Trade Commission Act.  Representations of record include Nature’s Way, Pharmavite, LLC, Seasilver, Inc., and Pinnacle Marketing Concepts (CortiSlim).  He similarly represents advertisers before the National Advertising Division of the Council of Better Business Bureaus.

Mr. Young helped form and serves pro bono as General Counsel to the National Association of Free and Charitable Clinics, the non-profit association of free clinics in the United States.